What Is Monkeypox And How Dangerous Is It 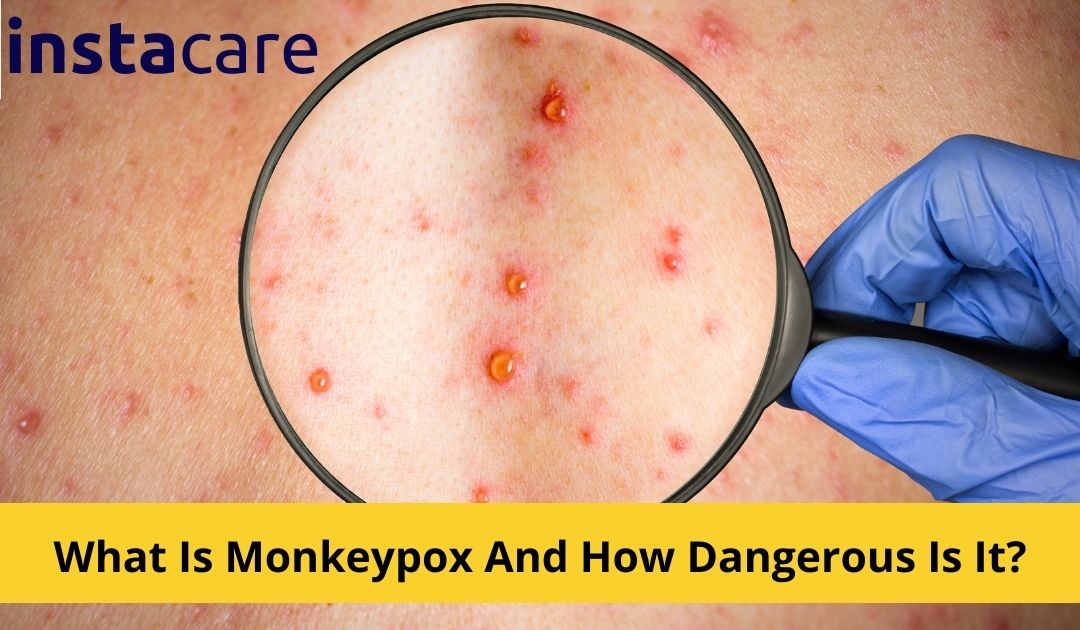 Monkeypox is known to be a rare disease caused by the Monkeypox virus. This rare disease is considered a part of the smallpox family but is considered less severe. The health authorities present worldwide, such as in the U.S., Australia, and Europe, are examining the disease and the current outbreak of numerous Monkeypox cases. It is known as a rare viral illness that is limited to Africa.

Germany has also recently confirmed its first virus case and has become the first European country to report a Monkeypox virus case, along with many other countries such as Spain, Portugal, the U.K., Italy, Sweden, and France.

How Do You Get Infect With Monkeypox Virus in Pakistan?

Monkeypox virus in Pakistan is a disease that escalates when a person interacts quite closely with the other person, material, or animal that is already infected with the virus. The virus can enter the body through various channels such as broken skin, through the eyes, mouth or nose, or respiratory tract.

Another fact about the Monkeypox virus in Pakistan is that normally it doesn’t considered as disease that is transferred sexually. However, the virus can be passed on to other person during sex.

The early symptoms of Monkeypox involve the following:

The person infected with the virus usually develops a rash on the body within one to three days’ time after the fever has appeared. The rash appears at the face first and then spread across various other parts of the body which includes palms of the hands and also at the soles of the feet.

View More: What Are Most Common Diseases in Pakistan?

The rashes in Monkeypox can lead to severe itching and then the virus move towards various phases before the legions get scab and then fall off. This kind of viral infection stays up to two to four weeks and gets cleared up on its own after taking some time.

What Is The Treatment For The Monkeypox Virus in Pakistan?

At present, there is no proven treatment for this virus which is safe and applicable as the cases reported till now are mild. However, the people who get infected with the virus are being treated by kept isolated in a negative pressure room and are examined via healthcare professionals with their protective equipment.

How Dangerous The Monkeyvirus Can Be?

The cases of Monkeyvirus can sometimes be more severe as some deaths have been reported in West Africa because of poor diagnose or treatment. However, the health authorities say that we are not in a risk of a severe or serious outbreak as the risk to the general public of this virus is relatively low.

The healthcare authorities have also asked people who have experienced any new rashes on the body or are worried about Monkeypox to consult their healthcare practitioners immediately for timely assistance and examination of the case.

Please book an appointment with the Best General Physician in Lahore, Karachi, Islamabad, and all major cities of Pakistan through InstaCare, or call our helpline at 03100002273 to find a verified doctor for your disease.

How does a person get monkeypox?

Monkeypox virus is a disease that escalates when a person interacts quite closely with the other person, material, or animal that is already infected with the virus.

What happens if you get monkeypox?

Monkeypox causes lymph nodes to swell. The incubation period for Monkeypox is about 12 days (range 7 to 17 days). The illness begins with fever, headache, muscle aches, backache, swollen lymph nodes, a general feeling of discomfort, and exhaustion.

Can monkeypox be treated?

There's no proven treatment for monkeypox discoverd yet, but the smallpox vaccine, antivirals, and vaccinia immune globulin can be used.

What animals can carry monkeypox?