Bronchitis is a condition in which the large and medium-sized airways- the bronchi get inflamed.

Bronchitis can be acute or chronic. Acute bronchitis is common and generally resolves without taking much time.

Chronic bronchitis is when the inflammation becomes long-standing and does not resolve. It causes symptoms for a long time and is clinically more important.

Chronic inflammation causes loss of cilia- tiny structures that help get rid of the mucus from the bronchi. The mucus buildup causes a long-standing cough. A cough with mucus that lasts for 3 months or more in a year for at least 2 years signifies chronic bronchitis.

Respiratory infections: Infections of the respiratory tract by different viruses and bacteria can cause acute bronchitis.

Acute bronchitis usually does not need treatment and resolves on its own. To suppress cough, your doctor may prescribe cough medications.

Chronic bronchitis usually coexists with emphysema causing COPD. If you have COPD, your doctor may suggest treatment such as:

Bronchodilators: These are drugs given in the inhaled form. They decrease airway resistance and increase airflow to the lungs.

Corticosteroids: They are responsible for controlling inflammation and are usually administered in inhaled form. During COPD exacerbations, they may be given as tablets.

Antibiotics: COPD increases the risk of different respiratory tract infections. Long-term antibiotics may be given to control infections and exacerbations of COPD.

Oxygen supplementation: In severe COPD, supplemental oxygen may be given to increase oxygen supply to the lungs.

Surgery: Surgery may be suggested to treat very severe COPD. Lung volume-reduction surgery involves the resection of parts of the lungs affected by emphysema. A lung transplant may also be suggested in very severe diseases.

Bronchitis refers to inflammation of the bronchi. It can be acute or chronic. Mostly, people with chronic bronchitis have COPD, which is a lifelong condition affecting the lungs.

Chronic bronchitis with COPD can cause bothersome symptoms. However, with appropriate treatment, the disease progression can be slowed and the quality of life can be restored to normal. It is highly advisable to follow your treatment properly to avoid serious complications. Quit smoking if you smoke. Smoking is a big cause of chronic bronchitis and COPD, and to prevent this disease, smoking cessation is strongly recommended. 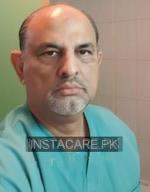 Doctors for Bronchitis in Different Cities