Nephritis means inflammation in some or all parts of one or both kidneys.

There are many types of nephritis depending upon the area involved, such as:

Glomerulonephritis is an inflammation of the glomeruli. The glomeruli are tiny blood vessels in your kidney that help filter out waste products and remove excess electrolytes and water from the body.

Pyelonephritis is the inflammation of one or both kidneys. It mostly occurs secondary to a urinary tract infection.

There are several causes of nephritis, and they vary in different types.

Tubulointerstitial nephritis can occur due to many different causes, such as:

Glomerulonephritis can occur due to a variety of reasons. It is generally due to autoimmune injury, that is, when your body’s immune system mistakes its own cells as foreign or infectious. In this way, the body's own cells are damaged. Diseases that can cause glomerulonephritis are:

Pyelonephritis most commonly occurs due to bacteria. The most common cause is E.coli, a bacteria which is present in the feces. Other than E.coli, bacteria such as Proteus, Enterobacter, and Klebsiella can cause pyelonephritis.

The primary symptoms of nephritis vary according to the type:

Tubulointerstitial nephritis may remain asymptomatic for long periods. It may show the following symptoms when becomes symptomatic:

Glomerulonephritis may show symptoms such as:

The symptoms of pyelonephritis include:

The diagnosis of nephritis is extensive and depends upon the type of nephritis, signs and symptoms, history, etc. Your doctor may suggest the following investigative tests such as:

There can be several complications of nephritis. It depends on the type of nephritis and the underlying cause. For example, if there is an infection, it may spread to the whole body and cause-related complications. However, in all forms of kidney diseases, renal failure remains one of the life-threatening complications.

Renal failure or kidney failure is when kidney function deteriorates significantly. The following symptoms may appear when ARF manifests:

The following symptoms may appear:

The treatment of nephritis depends upon the type. Mostly, the underlying cause is treated and medications such as antibiotics, pain relievers, etc are prescribed. Your doctor may suggest surgery along with medications to treat nephritis.

There are several different kinds of nephritis and several different causes. Prompt diagnosis and treatment can help prevent complications. Keep in mind that while there are different types of nephritis, they can overlap, such as pyelonephritis can involve tubulointerstitial nephritis as well. These conditions manifest themselves with a variety of symptoms. If you notice any changes in your urine output and appearance or any other symptoms mentioned above, it is advisable to consult your doctor. 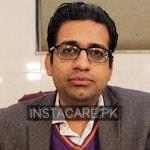 Doctors for Nephritis in Different Cities