Skin is the largest organ of the body. Many skin diseases affect the skin in different ways. In this article, we have discussed the most common skin conditions.

Cellulitis is a painful, potentially serious bacterial infection of the skin. The affected area of the skin becomes red, hot upon touch, and swollen. Also, one may feel pain. It usually occurs in the skin of the lower legs. But it can also attack the face, arms, and other parts. Cellulitis occurs when any crack or break occurs in your skin, which eventually becomes a source of bacteria's entrance. If left untreated, cellulitis can invade your bloodstream and lymph nodes, becoming a life-threatening infection. Moreover, it does not spread from person to person.

Eczema, also known as atopic dermatitis, is an inflammatory condition that turns your skin red and itchy. In some people, it may even cover large patches of the body. However, they may heal and get back to normal. It is a long-term, lifelong condition with no such cure. The attacks may flare up and settle over time. However, symptoms can be managed with supportive treatment. Also, some lifestyle habits can help in coping up with the disease. It may be accompanied by other inflammatory conditions like asthma and hay fever.

Acne, most commonly known as acne vulgaris, is a condition in which whiteheads, blackheads, and pimples appear on your skin. Mostly they occur on your face. However, they can also occur on your back, shoulders, arms, and chest. It occurs mostly in teenagers but can also affect people of other age groups. For treatment, mostly topical ones help in getting rid of it. Also, it may get better once the triggers are removed. Acne can also leave marks and scars on your skin if you treat them harshly. However, if you remain gentle to them, do not press them, they may go away on their own. Acne occurs mostly due to the clogging of pores due to dust, dirt, or bacteria. It can be accompanied by whiteheads, blackheads, and pimples.

A pilonidal sinus is a small hole that can lead to the formation of a pilonidal cyst- a cavity filled with pus, hair, and debris. It occurs at the top of the cleft of the buttocks leading to infection and abscess. If left untreated, it can become severely painful. Pilonidal cyst mostly occurs in men who sit for a long time, like cab drivers who sit for a long time in the same posture.

Lichen planus is an inflammatory, non-infectious, itchy rash that occurs on the arms and legs. It presents as small, bumpy, pink, or purple rashes. According to many experts, it is an autoimmune disease. However, it may occur due to viral infection, stress, allergens, and genetic tendency. But, it is not contagious. It does not spread through touch. It happens because it occurs due to the defect in your immune system, rather than an attack of a parasite. It causes irritation and inflammation of the skin, mucus membrane, nails, and hair. Mostly it can be managed at home without any medical treatment. However, if it causes significant pain or itching, you may need medical treatment.

Tinea versicolor, also known as pityriasis Versicolor, is a non-contagious fungal infection of the skin. Fungi and bacteria surround us. Our immune system works against them. However, in certain conditions, they can attack us and infect too. The fungus can infect your skin causing Tinea Versicolor. It interferes with the normal pigmentation of the skin, leading to the formation of patches that are darker or lighter in color as compared to your skin color, appearing on the trunk and shoulders. Mostly it occurs in teenagers and young people. It becomes apparent upon sun exposure. Tinea versicolor is not a painful condition. But it can lead to emotional distress and social anxiety.

Warts are small raised, bumpy, grainy skin growths that occur mostly in the hands. However, they can arise anywhere on the body. Ones that occur in the genital region are called genital warts, which raise the chances of cervical cancer. They occur due to a virus called human papillomavirus. Warts are not painful or cause bothering symptoms, but they may lead to embarrassment and cosmetic concerns. Moreover, they are contagious- means spread through touch. Therefore, you should restrict touching and scratching them. A wart may take two to six months to develop on your skin after you have been exposed to the virus.

Cancer is a condition in which cells of your body replicate haphazardly. Skin cancer is the abnormal, haphazard, and rapid division of skin cells. Mostly it occurs in the area exposed to the sun. However, it can also develop in a place where sun rays do not reach. To reduce the risk of skin cancer you should avoid direct exposure to ultraviolet rays. Closely inspecting your skin can help in its early detection, which eventually makes it easier to treat. Based on cells involved it can be divided into two categories namely keratinocyte carcinoma and melanoma.

Hives, also known as urticaria is a condition in which red, itchy, raised bumps appear over your skin that occurs due to allergen- a substance that causes the allergy, sting and hurt. It is also known as welts, nettle rash, or weals. During an allergy reaction, the allergen enters the body, which the body considers as a foreign particle and your cells produce a protein called histamine. Eventually, histamine triggers an allergic reaction and causes the capillaries to leak fluid. The leaked fluid accumulates in the skin eventually causing rashes.

Carbuncle is a cluster of boils (a bacterial infection that occurs under your skin at the hair follicle) that occur under the skin having multiple heads. They can be tender and painful. If left untreated, it can cause infection and leave a scar as well. It can also be called staph infection.

Carbuncle usually occurs at the hair containing areas of the body like the back or nape. However, it can occur at any place like the inner thighs, groin, buttocks, and armpits. In an active state, it can be contagious. It can spread from an infected person to a healthy person upon touch or by sharing personal items. Mostly they are caused by Staphylococcus aureus, which infects the throat, skin surface, and nasal passages. Therefore, staph bacteria can enter the skin through cuts, abrasions, small scrapes, and punctures. 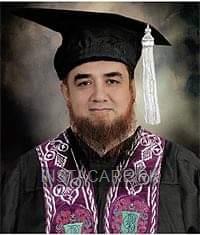 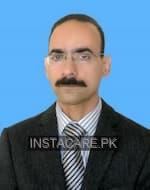 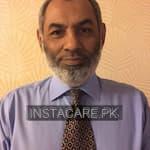 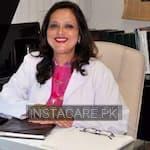 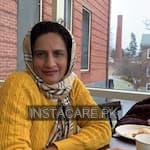 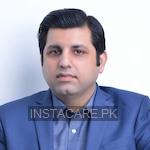 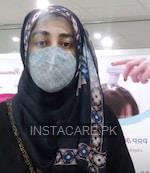